The LCMS has been working in Puerto Rico since the 1990s, with work begun by the Ohio District in the western city of Mayaguez. This third largest city in the US commonwealth of Puerto Rico now has an established congregation, Principe de Paz (Prince of Peace) with its own facility and affiliated mercy house. In 2015 The LCMS began intentional mission work in the commonwealth. Two missionaries were sent to Mayaguez, with one of them eventually relocating to Puerto Rico’s second largest city, Ponce. In 2018 a new congregation, Fuente de Vida (Fountain of Life), was established there in Puerto Rico’s second largest city. The LCMS is currently supporting an extensive disaster report effort in the commonwealth. This effort includes the sharing of the Gospel and the strengthening of both existing congregations through the work of pastors, deaconesses, GEO missionaries, short term teams, and lay workers. 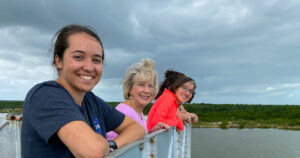 Today we said farewell to a valuable member of the Latin America & Caribbean missionary team. Courtney Zalmanoff, a GEO missionary arrived in the Dominican Republic on September 30, 2019. Armed with degrees in Spanish and Psychology, she faithfully carried out her role as assistant volunteer coordinator for over two years. 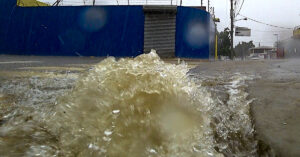 The countries of Belize, Cuba, Guatemala, Honduras, Mexico, Nicaragua and Panama have been hardest hit by back-to-back hurricanes. Eta made landfall as a category 4 hurricane in Nicaragua on November 3rd, then lingered for two days over Central America before intensifying and moving on to Cuba, where flooding was already a growing problem. 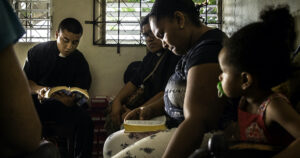 Since 2008 the Lutheran Heritage Foundation (LHF) has been producing materials in Spanish for the Latin America and Caribbean region. 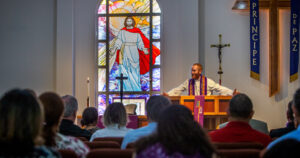 Today we want to take the opportunity to thank Pastor Anthony DiLiberto, his wife, Jamie and their four children for their faithful, dedicated and valuable service in the Latin America and Caribbean Region. 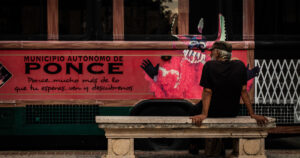 Update on Mission Work in Ponce

August came and went in what seemed like the blink of an eye. We finished up our final hurricane prep as well as a few of our on-going summer projects. We received a new executive order that forced us in Ponce to go back to online services (we couldn’t meet the capacity requirements). 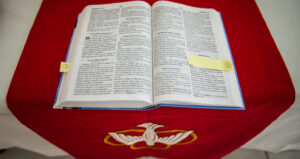 We had our first in-person worship service in the reopening on Pentecost Sunday. We met in the outdoor patio of our earthquake damaged buildings rather than the much smaller rented location where we could barely seat 10 people under the strict social distancing requirements. Because of our position on the globe, Puerto Rican summers are hot, and Ponce is the hottest part of the island; but fortunately, our usual 3 pm service time just happens to perfectly coincide with the ideal angle of the sun for casting shade over our patio. 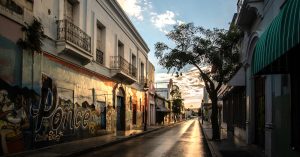 On May 2nd, 2020, a major 5.4 earthquake hit Puerto Rico near the city Ponce. Two hundred families lost their homes after the earthquake. About twenty families were moved to a hotel near the church. The hotel is full because the other rooms are occupied with all the people who were at the refugee camps back after January’s earthquake who did not find a home. The pandemic has not stopped the Church’s response or outreach!. 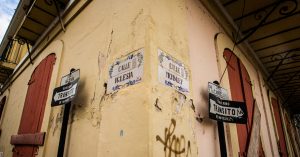 On Being Luterano in a Spanish-speaking World

Questions arise from North American friends who learn we are serving in Latin America as Lutheran missionaries: “But aren’t all Christians there Catholic?” Well, to a large extent, yes, because the Spanish and Portuguese Crowns did a really good job of propagating the Catholic faith for hundreds of years. 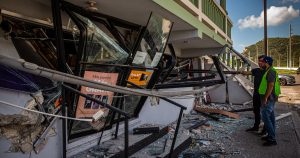 Across the Latin American and Caribbean Region, our LCMS Missionaries continue to spread the Gospel in the midst of the ongoing pandemic. In this video, Regional Director Ted Krey talks about our missionaries, changes that have taken place, and how they continue to move the work forward under these trying conditions. 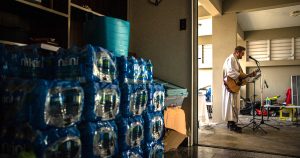 A Kingdom Not Shaken

The last month has been a journey of faith and a trial of perseverance. Shepherding the flock across 5 different locations and moves since December has been nerve-wracking and stressful. Seeing our brand-new property split from top to bottom by cracks through which the light of day can be seen has been disheartening. Canceling renovation teams and instead ordering demolition (for the dividing walls which were crumbling) has been demoralizing.